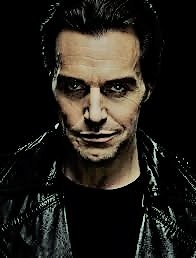 Sally worked behind the counter stocking cigarettes. It amazed her how there were so many different ways to kill yourself with those little cancer sticks. Her daddy died from it when she was just sixteen. Hacking and coughing, unable to catch a breath, but still smoking like a chimney, until his life disappeared in a puff of smoke. Ten years later, Sally was stuck working the night shift at Mirabito as the occasional customer stopped in to grab a soda or a coffee while their tanks filled with gas.

Most of them were too tired to notice Sally sitting behind the counter, her back stiff, eyes attuned to every move. She’d watched enough of the news to know that evil had a way of coming out late at night. Sally had pepper spray behind the counter in case a customer got nasty. Her boss told her it would only take one shot and they’d be down for the count so she could call the police. She’d asked her boss, “What happens if I miss?” Her boss gave her a stoic look and said, “Don’t miss.”

The worst part of the job was the weather. Living in Binghamton, she expected some cold and snow during the winter months, but this latest batch of icy wind felt like permanent layers of frost upon her skin. Sometimes, she’d run around the store just to get her blood moving again. Other times, she’d huddle behind the counter in her jacket and gloves with a blanket wrapped around her and still she’d shiver.

The door whipped open and a gust of frigid air swept into the store. Sally looked up to see a man with dark hair and a black tweed jacket stride in. He scrutinized the store as if evaluating the worth of the place. His gaze landed upon her and his lips curled into something that might have passed for a smile if she hadn’t been paying attention. But, it wasn’t a smile. There was cruelty in that mouth and his eyes held soulless depths. Sally shuddered even harder.

“Hello, lovely lady. Are you the owner of this fine establishment?” His voice had a formal, sing-song quality and she couldn’t decide whether he was serious or mocking.

He moved toward the counter and she felt a wave of nausea sweep over her. She wondered if dinner might have been rotten until she realized that she hadn’t eaten yet. The man was no more than a foot away when Sally realized he was making her ill.

“I could use some help with directions. You see, I’ve lost my way.” He leaned closer as he spoke and she imagined a viscous, green cloud spewing between his too-perfect teeth and enveloping her. It took all of her will to keep from running away.

“Where are you going?” She wondered why he didn’t just use a cell phone. They all had GPS and the signal out here was decent.

Tingles of fear crept over her scalp. Wade was her uncle. What could this man want with him? She opened her mouth to lie, to send him on a wild goose chase, when he spoke again.

“I will know if you’re telling the truth.”

Sally’s breath caught in her throat and she knew that he wasn’t lying. Her mouth felt like cotton as she tried to respond. His dark eyes bored into her soul. They were tunnels that she might lose herself in.

“A small town like this could get awfully boring. For a pretty, young thing like you, something’s always missing.” There were no lines in his skin. The surface was as smooth as glass, a mask covering something twisted and ugly. “I could keep you…entertained.”

Sally’s hands shook and she held them together on her lap while taking a deep breath through her mouth. She wasn’t going to inhale his stench with her nose.

“Hance is just down the road a mile on the left. Wade lives two miles from the turn.” The words poured out of her as if to erect a barrier between them.

He sighed with disappointment and plucked a lighter from the display on the counter.

“I’ll purchase this.” She rang him up without touching his spidery fingers and he disappeared into the night as she sobbed with relief.

The headline in next morning’s paper was, “Death by Arson – Hance Road.”

Story generated for the YeahWrite Weekly Writing Challenges – Fiction/Poetry contest. Prompts were: clerk at a gas station and the phrase “Something’s always missing”. Click on the link to check out the other stories and vote for your favorites!

View all posts by optimisticauthor10

23 thoughts on “On a Cold Winter’s Night”